I have a brand spanking new book for you and the author joins me for a little interview and giveaway sesh. I love getting in people's heads. 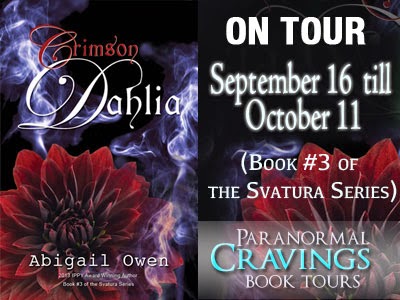 I'm here with Abigail Owen, who kindly answered a bunch of questions for me :)


Tell us 5 things that make you happy
My kids (although they really run the spectrum of emotions)
Chocolate (in any way, shape, or form – it’s an obsession)
Dancing (love to 2-step, jitterbug, jive, and even my lame version of hip-hop)
An organized space (room, closet, drawer, my life, whatever)
Reading (one of the few activities I could sit down and do all day)
What makes your perfect man, perfect? What do you look for in a hero?
I had a self-revelation while writing a blog post recently that I like heroes who are a little on the gruff side with a heart of gold.  But more than that, I think a “perfect” hero/man is one who “gets” women –more particularly gets the heroine… and gets her on multiple levels. He pays attention and reads her moods, notices the little things, knows all the right things to do to her body, will stand up to a strong personality but not oppress her, belittle her, or ignore her, respects her contributions and abilities, and is just a little obsessed about her (but not in a creepy stalker way). I also like a fun, quirky sense of humor which doesn’t always go with the gruff exterior. It’s a fine line to walk to be my perfect hero.
What qualities make up your least favourite heroine?
Ugh! Whining, wimpy, “I’m so helpless” types. Not to say they can’t have issues or sadness, but I’d like to see them deal with that with strength. I’m okay if they at least learn strength along the way, but they need to get there pretty quick or they lose my patience. I also have very little patience with super-selfish or self-destructive behavior. Again, if there’s a learning curve and they move past it, fine. But get there quick.
Do you have any quirks? When writing, or otherwise?
A psychologist friend recently (jokingly) diagnosed me with ADHD. I have a very hard time concentrating on one thing at a time and so, instead, I am always doing multiple things at once. In fact, when I write, I skip around and write scenes out of order and then connect them all later. I tend to forget things constantly (where did I put my keys? *scratching head*). Unrelated, but also a quirk. I sing little random tunes when I’m stressed out or really thinking through something. Sometimes I’ll even sing what I’m thinking. (Reading back over this answer, I realize I sound like a nut job.)
Do you have any hobbies that you take part in when you aren’t writing?
These days my kids are my life – and their activities are piling up. I read and run a lot. Up until I had kids, my biggest hobby was skydiving. I competed in team formation skydiving all through college and on a semi-professional team for a few years afterward. LOVED the sport and really miss it. I’ll probably get back into it when the kids are old enough to leave home.
What do you like to read?
Paranormal romance and any combo thereof is hands down my favorite genre. I love the escapism, the imagination, the creativity. But first and foremost I’m a romance junky. I can read books without romance, but usually I need a good love story to really lock me in.
If you had to pick one of your characters to survive a zombie apocalypse with, who would it be and why?

Oooh… tough question. My characters each have unique gifts that could come in handy. I have a powerful telepath – useful for keeping in touch when all technology goes down. I have a firestarter – useful for burning the zombies (and staying warm at night, cooking, etc.). I have a guy who can freeze things in motion (once again – handy against zombies). I have someone who can heal people (not sure he could heal zombie virus though). Loads of shapeshifters of all sorts (including a dragon)… would the zombies ignore animals?

Right now I’m thinking the firestarter - Ramsey Pierce, the hero in my latest book, Crimson Dahlia – because his one power has multiple handy functions in this scenario. It doesn’t hurt that he’s hot, and is the gruff type with a heart of gold (which we’ve already established is my weakness in heroes). But alas, he only has eyes for Lila (the heroine of the book).
Tell us a bit about how the idea for your book came about.


The entire series started with one scene. In Blue Violet (book #1), I had a scene in my head of a falcon watching over a family who were about to be attacked. Little did that family know that the falcon was a friend of theirs who could shapeshift. And little did the falcon shifter know that one of the family members would become her te'sorthene (a fated love).

Crimson Dahlia (book #3) continues the overarching story but from the point of view of a new heroine Lila (one of the family members from Blue Violet) who can heal emotions and sense when people are telling the truth, and her long time crush Ramsey - a firestarter. Each book builds on the last.
Which of the seven deadly sins are you most partial to? Which do you indulge in the most?
Oh my – gluttony definitely. I love food. I love eating it, cooking it, eating it, drooling over it, eating it, smelling it, eating it, thinking about it, eating it. Especially desert. I am incapable of not eating dessert if it’s put in front of me or within a 5 mile radius of me. I will eat to the pain. It’s ugly.
Who is the person who most inspired you? Either in your life, or writing?
Four people come to mind when I think of this question. All are friends who lost someone very close to them through horrible incidents that came without warning. One lost a mother in the middle of her senior year of high school. One lost a husband only a year after they married. And the other two lost their oldest and then youngest sons within a year of each other.

The dignity and grace and faith with which each of them dealt with their loss at the time showed a strength of character that I will always try to emulate. I haven’t personally had to deal with such grief, but if I ever do, I’ll think of my friends, and hope that I can find even a tiny amount of the strength they did.

Do you have a favourite quote?
Not a single quote, but I’m obsessed with Dr. Seuss quotes. I’ve come to the conclusion that he is one of the brightest philosophers of this era.  This is one of my favs of his:
“I have heard there are troubles of more than one kind. Some come from ahead and some come from behind. But I've bought a big bat. I'm all ready you see. Now my troubles are going to have troubles with me!”
― Dr. Seuss
Can you tell us a little about your latest project?


I have two projects in the works right now. I'm deep into writing the fourth and final installment of the Svatura series - Black Orchid. I can't believe I'm finishing the last book of my first series! I’m aiming to have it out in February.

In addition, on October 6th, I have a short story coming out as part of an anthology with 5 other authors. The anthology is called “Here, Kitty Kitty” and features exotic cat shapeshifters. My story – Hannah’s Fate - is a lead on to a new series called The Shadowcat Nation series. I’m working on the first book for that as well. Hoping for a Spring 2014 release.

Last but not least, if you could be anyone else in the world, who would it be, and why?
I had a really hard time with this one. I’m actually very happy with my life and there’s very little any one person out there has that I’d want it enough. I also don’t want to be someone so famous that we all know them because I like my privacy (to a certain extent). So that’s out.


So my “want to be” is a combo of some people. I wouldn’t mind looking like Kate Beckinsale (cause she’s gorgeous, and that’s after kids). I could handle being rich like Paris Hilton (without the attitude though). I’d like to help people (so let’s throw in some Angelina Jolie).

I’d like to be smarter than I am and with an awesome memory (more clever – so along the lines of Sherlock Holmes). And while I’m completely in fantasy land, let’s add some telepathy and telekinesis cause it’s cool (so Jean Grey from X-Men).
Most of all, I’d like to be well liked and well known as an author. Not J.K.Rowling-level – that’s too famous for me. But enough to live off? Oh yeah. That would be awesome.

I promise you, Abigail, you didn't sound like a nut job, you sound awesome :) Thank you for being here with us!

Now for the books you must have a look at! 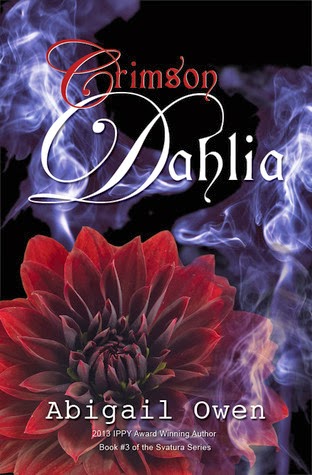 
Look for Lila’s and Ramsey’s story August 2013!
When Lila Jenner leaves her family and friends to start a new life for herself, Ramsey Pierce lets her go. Determined that the fire raging inside him will never harm her, he denies the magical bond that could be theirs alone.
When an old enemy resurfaces and Lila suddenly disappears, Ramsey realizes that he’ll do anything to win her back and keep her safe beside him. But Maddox, driven by a centuries-old quest for revenge, is stronger than they ever imagined.
And Lila could be the key to his ultimate power.
Friends and enemies must band together against this shared threat if any of them are to survive. Even then, they may all discover too late that one dragon is not always enough…
Goodreads | Amazon 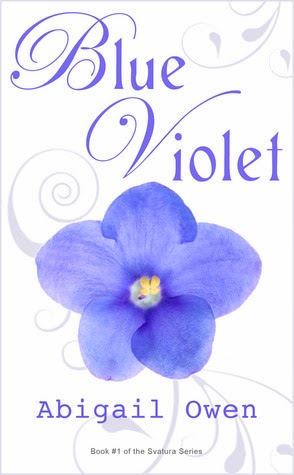 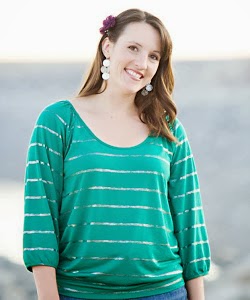 Award-winning author, Abigail Owen was born in Greeley, Colorado to a high school English teacher and a social worker. Abigail was raised in Austin, Texas and now resides in Northern California with her husband and two adorable children who are the center of her universe.


Abigail grew up consuming books and exploring the world through her writing. A fourth generation graduate of Texas A&M University, she attempted to find a practical career related to her favorite pastime by obtaining a degree in Technical Writing. However, she swiftly discovered that writing without imagination is not nearly as fun as writing with it.

Abigail published her first book – Blue Violet – in August of 2012. In 2013 Blue Violet won Bronze in the Independent Publisher Book Awards (IPPYs) in the Sci-Fi/Fantasy/Horror eBook category. Abigail followed Blue Violet with the second book in the series, Hyacinth, in February of 2013. Abigail has many more series and books rattling around in her head, and plans to pursue this passion of writing for many years to come!

a Rafflecopter giveaway
Posted by Unknown at 18:39 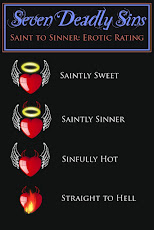 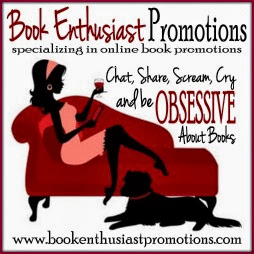 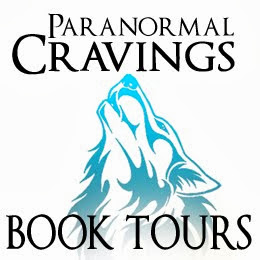 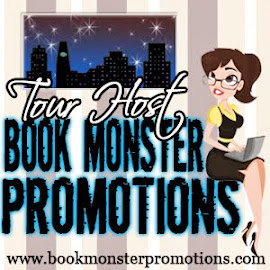 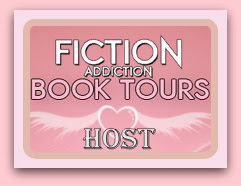 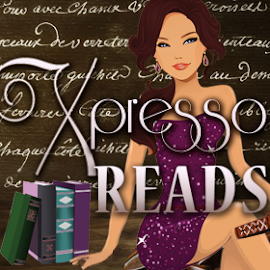 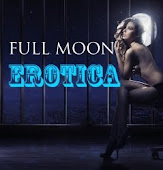 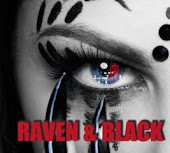 Banner and Badge by 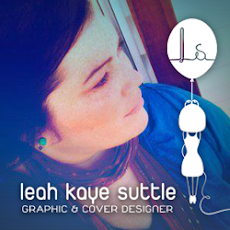